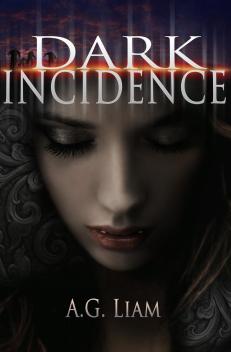 Dani is determined to change. Trodden down by her abusive stepdad, neglectful mother, and nonexistent social life, Dani decides to leave it all behind—she flees into the night and finds herself in a dark, and strangely wondrous, new world, a world unknown to most humans.

However, destiny is an unpredictable force. Through a peculiar turn of events, she unknowingly gets entangled in a brutal war waging between two factions of vampires.

The Ruemisuds are a technologically advanced, elite vampire society that wants absolute control. They will stop at nothing to get it, including experimenting on unsuspecting humans and decimating the Rhowels, a clandestine, rebel clan of vampires. But the Rhowels possess a key to survival that the Ruemisuds desperately want, which they will protect until the bitter end.

Dani’s riveting journey has just begun in this beautiful tale of love, hate, betrayal, and, above all, survival. The war is escalating quickly and Dani is determined to survive. Who will help her? Who will win the war? 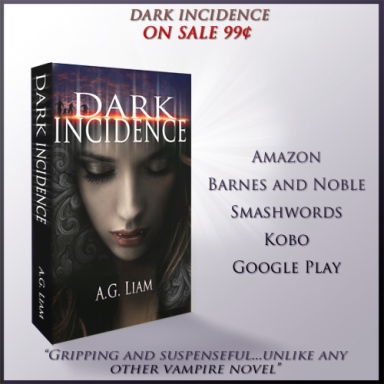 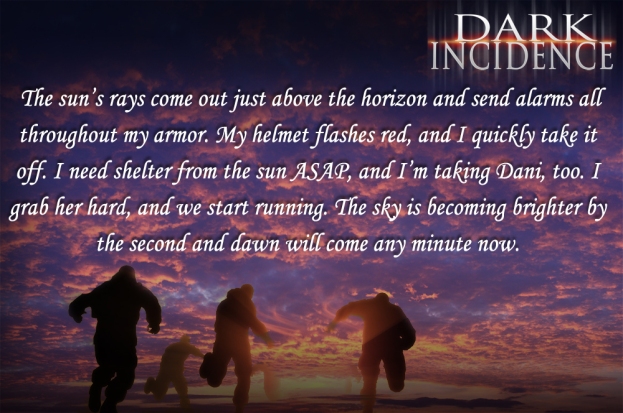 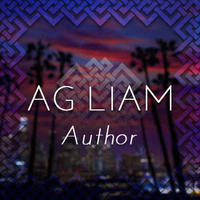 A.G. grew up in a gloomy and quaint suburb near London, England, and now lives in sunny southern California with her husband and her son. She has been an avid horror and paranormal fan since she can remember, reading Goosebumps when she was a child, to watching Twilight Zone as a teenager with her grandpa.

She earned her B.A. in psychology, but decided to follow her passion of storytelling instead. Dark Incidence is her first full length novel, a unique vampire science fiction told through the eyes of two siblings. A.G. also has directed numerous shorts and written children’s books.

Her favorite pastime is watching paranormal and horror movies, painting landscapes and seascapes, and reading fiction novels. She can never turn down an invite to eat something home cooked.

Don’t forget to check out the other bloggers on this tour!