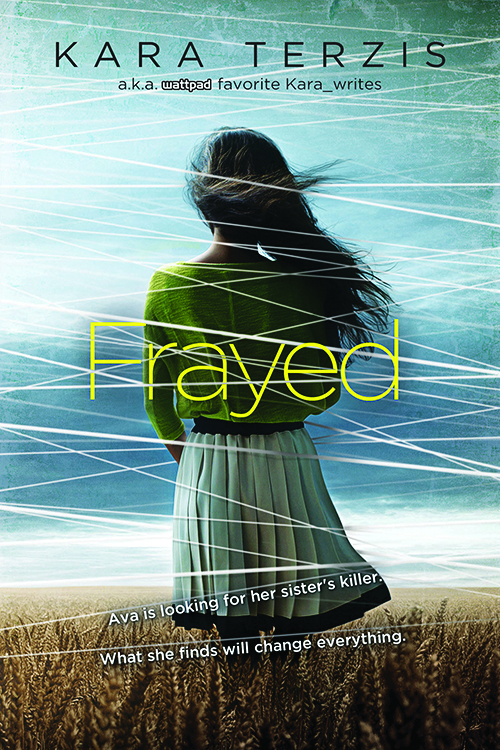 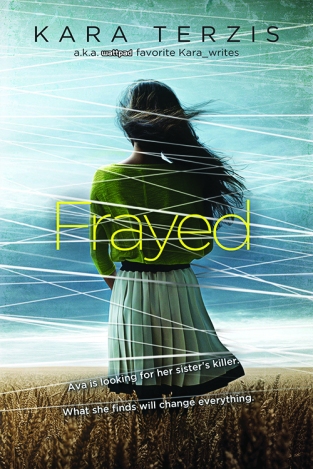 Ava Hale will do anything to find her sister’s killer…although she’ll wish she hadn’t. Because the harder Ava looks, the more secrets she uncovers about Kesley, and the more she begins to think that the girl she called sister was a liar. A sneak. A stranger.

And Kesley’s murderer could be much closer than she thought …

A debut novel from Wattpad award-winner Kara Terzis, Frayed is a psychological whodunit that will keep you guessing! 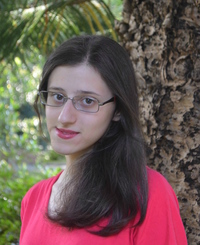 Kara Terzis was twelve when she wrote her first novel, and has not stopped writing since. Later she started publishing her work on Wattpad where in 2013 she won Sourcebooks Story Development Prize. She lives with her family in Sydney, Australia. You can visit her online at www.diaryofateenwriter.wordpress.com

My therapist tells me I should write you a letter. Every time I see her, she asks whether I’ve started, and every session I tell her it’s a stupid idea.

But here I am, writing a letter to a dead girl. I tried saying it’s morbid, but that ran dry when she said it could be therapeutic. Like flushing all my thoughts and feelings out of my system and onto paper.

I pondered over where I should start the letter. Where, after all, did our story begin? From the moment you were born…or died? I chose the latter, thinking that at least the letter would be done quicker that way.

Starting this letter is one of the hardest things I’ve done, Kesley. There are so many places I could start, but I chose this place. So here goes nothing, Kesley, because it began, and ended, with you.

And that end began when Rafe Lawrence came back to town.

The unhealthy growl of a car pulled me from my thoughts. I fixed a smile onto my face as my best friend, Lia Zhang, pulled up to the curb.

The window slid down with a hum and she poked her head out the opening. Her long curtain of glossy black hair looked sleek and model-like, achieving a quality that all those hair product ads promised. Lia’s half-Filipino, half-Chinese heritage showed through in the flawlessness of her skin, too.

“Get in,” she said. “You must be freezing your ass out there.”

I shivered at her words, only just then noticing the way that the cold seemed to bite at my skin, but I ignored the foreboding feeling that crept up on me. I walked around to the passenger seat and slid in, the warmth from the heater engulfing me. Oddly enough, I didn’t find it comforting at all.

Music pumped from the car speakers, but on seeing my gaze flicker toward it, she rolled her eyes and turned it down. She knew I hated music.

She pressed her lips together before she laughed. “Yeah, I know. Such a rebel, right? ‘Cause, like, I have a record of being so punctual anyway.” Lia was always known for being late. Fashionably, but still——late was late. Time was precious. It could seep past you without you even knowing.

And then, in the blink of an eye, it could vanish.

I tilted my head in her direction. I knew Lia like I knew the back of my hand. Better, probably. And by the way her eyes were too focused on the road ahead, I knew that something was wrong. Just like it always did, her facade cracked.

“Just don’t be angry at me, okay?” she whispered.

“You know I won’t,” I said, and despite the thick cloud of depression that still covered me, I managed a small smile. Or a replica of what used to be my smile, anyway. Most people didn’t look deep enough to see the difference.

Lia shot me a skeptical look, but answered. “I ran into someone this morning, at the café.”

My mind went blank for a moment as I stared out the window. I was distantly aware of the thumping coming from my chest, getting louder and louder as the seconds ticked passed. Breathe, Ava, breathe.

“Yeah,” said Lia. “I know, right? He leaves, and suddenly, a few months after Kesley dies—” She broke off with a stiff glance in my direction. “Anyway,” she continued, “he’s back now. He told me that he wants to talk to you.” I swallowed, but my throat was dry. It felt like I was swallowing parchment. My tongue felt too thick in my mouth and I couldn’t seem to form any words.

I hesitated. Was I?

“Don’t be insane, Ava. You know the boy has issues. I never understood what Kesley even saw in him, anyway.” Her jaw tightened for a fraction of a second.

“They weren’t together like that,” I said, cutting her off swiftly. An instant defensiveness had sprung up inside me of me.

“If you say so,” Lia muttered, eyeing the marked road that stretched ahead of us. I sighed and glanced out the window once more. Lia and I were both stubborn; we both thought that we were always right. That was where we clashed. Continually. But she was also the best and only friend that I had, so I clung on tight to her.

She and Jackson were the only ones I had left

But I also knew Lia had seen Rafe as more than just a friend of Kesley’s, something she’d deny profusely, as he’d rejected her on multiple occasions.

I’d always wondered just how bitter she felt toward Kesley about that.

The pine trees were a blur of green and brown as we sped past, heading in the general direction of the one school that Circling Pines had. Winter was drawing closer by the second, though the thought didn’t bother me. At least it would give me an excuse to stay indoors all day.

“What exactly did Rafe tell you?” I asked Lia as we passed the only shopping strip: a collection of café’s and overpriced clothes shops.

“Not much,” Lia admitted. “Only that he wanted to meet you for coffee this afternoon to talk.” There was a pause, a very deliberate, prolonged pause. “I also told him that you wouldn’t go.”

“I know! I’m sorry! But you can’t actually be considering this.”

I folded my arms over my chest and glared at the pine trees. My hands shook, and I resisted the urge to ball them into fists. “Until you give me a good reason why, then I’m going,” I said in a surprisingly calm voice.

Lia tapped the steering wheel in a melodic sort of way, though I knew it was more of a nervous habit than a conscious thought. It looked like she was fighting against something she wanted to say, as if she was worried it might get me upset. I’d seen that look plenty of times in the past weeks.

“What’s bothering you?” I said.

“What do you really know about Rafe?” she blurted out.

“Um. He was a year younger than my sister, spent way too much time in juvenile detention, my foster mother never liked him much—”

“Okay, okay,” interrupted Lia. “But I mean, what do you know about Rafe and your sister?”

“I don’t know, she never told me much about him, all right? Can we just leave it at that?” The school gates were coming into view, iron-wrought and impressive looking, with ivy that clung to the metal like a winter coat.

“Fine,” said Lia. She angled the car into a free parking space near the back of the almost full parking lot and killed the engine. The lot was deserted. Everyone must have been in class already, meaning that Lia and I were horribly late. Lia pulled the car keys out of the ignition and stuffed them into her jacket pocket with a brief glance in my direction. “All I’m saying is that your sister was murdered, and there’s a killer on the loose.”

Her words sent a chill through me more than the bitterly cold air outside.