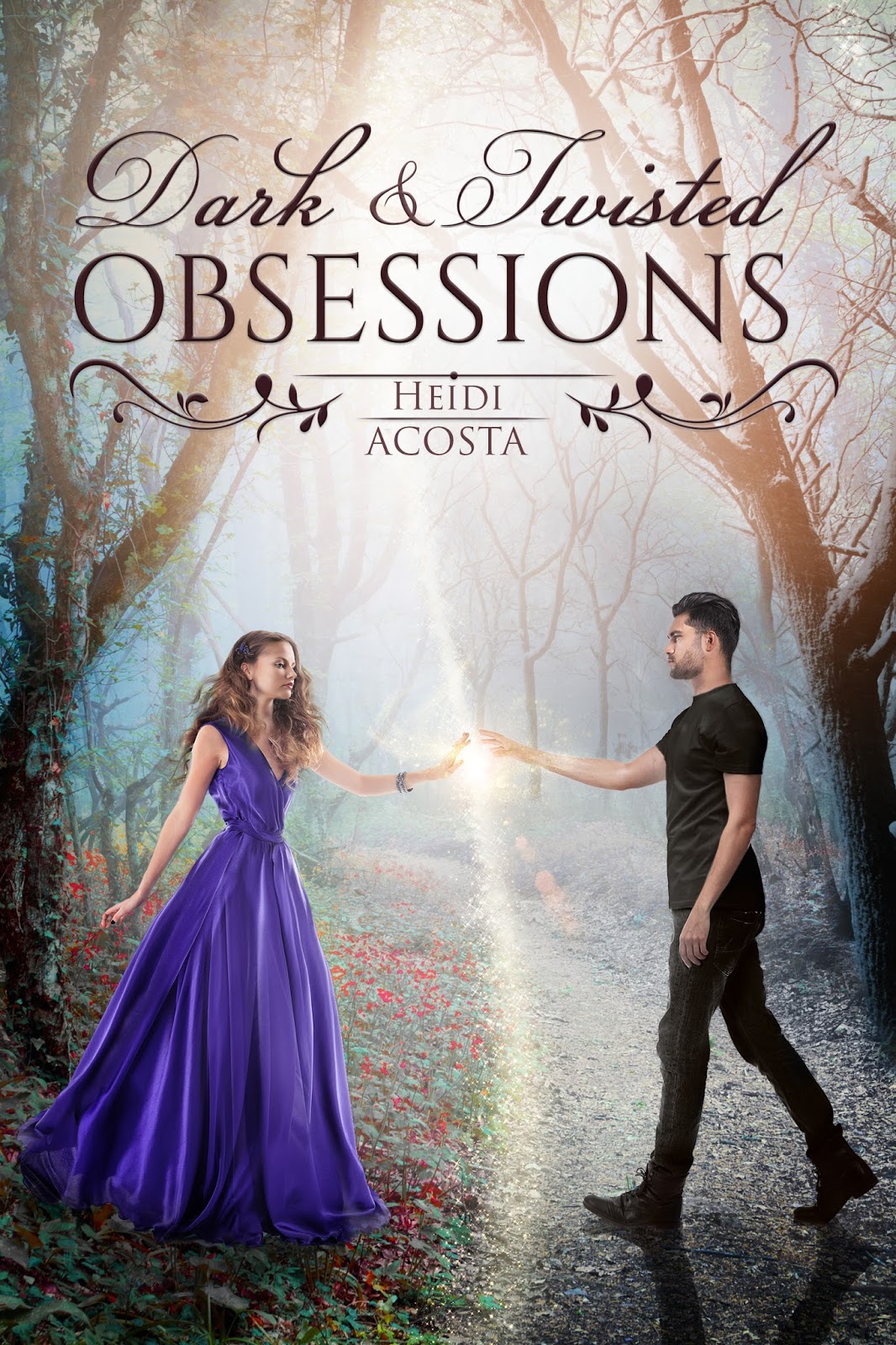 Dark and Twisted Obsessions (Hearts of Faeylon #2)
By Heidi Acosta
Genre: YA Dark Fantasy
Release Date: August 26th 2016
Summary:
When Eden returned back to her world, she believed that Jaxson would be right behind her. She was wrong. Now Eden is back home in her own world while Jaxson is stuck in Faeylon, a world that is as magical as it is treacherous. Eden wants nothing more than to return to Faeylon and find Jaxson, but that is easier said than done. She is locked away, her sanity in question for admitting that she sees fae and magical creatures. Determined to escape and get back to Faeylon, she will have to befriend unlikely people. She is willing to risk everything for Jaxson, but is he the same boy she knew?
Jaxson paid a price for Eden’s safe return home, and that price was greater than Eden will ever know. Now he battles a dark force that threatens to consume him. Can Eden get back to him before it is too late? And when she finds him, will he be the same person she fell in love with?
Travel to the world of Faeylon where magic is everywhere and the creatures you thought were only in fairytales are very much real, but not as you imagined.
Dark and Twisted Obsessions, the second book in the Hearts of Faeylon series, a fast-paced read with heart stopping twists and turns on every page. 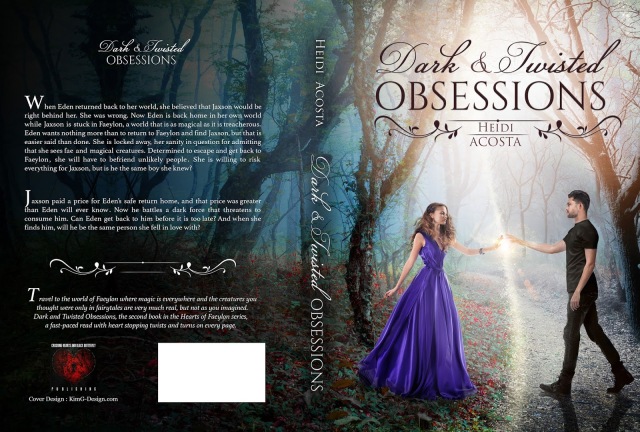 Previous Book in the Series (click on image for Goodreads link):

About the Author
Heidi Acosta was born on Long Island, New York. Moving around a lot when she was younger, she has lived in New York, Arizona, New York (again), Washington, Georgia, and Florida, in that order. Each place offered her something special, but she will always consider New York her home.Heidi started writing as soon as she could spell. When she was three, Heidi’s mother gave her a copy of Laura Ingalls Wilder’s Little House in the Big Woods; thus beginning her lifelong love affair with literature.Writing soon also became a form of therapy for Heidi, when she realized that no matter what was happening in her life, she could find emotional escape while writing. Some of her earliest stories featured her as a princess who explored new worlds with her horse Buttercup. If it sounds romantic, it wasn’t, there was no prince charming in those fairy lands (boys where yucky). Heidi now resides in Florida with her husband, very active daughter, one hyper Chihuahua, two sweet cats, and one very fat moody cat.Barbie Girl is the first Novel of Heidi’s new, four-book, Baby Doll Series: Barbie Girl, Barbie World, Doll Face, and Southern Sugar.
Author Links: