For those of you who don’t know, each month I will post a two part feature. The first part will be an interview with the month’s author and include a short bio. The second part of the feature is a sample of the writer’s work. Sounds awesome right?

Everyone give a big welcome to February’s author. *claps* 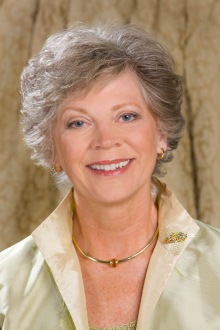 Karen Harper is the New York Times and USA TODAY bestselling author of contemporary suspense and historical novels about real British women.  A former high school and university English instructor (Ohio State), she is a lifelong Ohioan who loves to travel.  Her suspense novels often include an unusual culture such as the Amish or Appalachian people.  Her historicals have focused on the Tudor royal family and the Plantagenets until her recent switch to Edwardian England.  (Thinks the Downton Abbey eras.)  THE ROYAL NANNY was released in June 2016.  Her historicals have been bestsellers in England and Russia.  Karen won the Mary Higgins Clark Award for her suspense novel DARK ANGEL.  Her novel SHATTERED SECRETS was judged one of the Best Books of 2014 by Suspense Magazine.  Please visit her at www.KarenHarperAuthor.com or www.facebook.com/KarenHarperAuthor.

Now onto the interview…

Does writing a historical novel take longer than writing a contemporary novel?

It depends on whether or not I have the research done for the historical novel.  If so, I can write either genre in 6 – 8 months, although each story is different.  However, I must say that I also do research for the setting and careers of my hero/heroine and other characters in the contemporary suspense also.  I was a teacher for 15 years and love to teach my readers something in addition to a great story.

On average how long do you spend researching for a novel?

Each book is different.  For my Tudor-era historicals, because that was my area of interest for years, it would take me less time than researching my new settings, which are Victorian and Edwardian.  (Think Downton Abbey.)  I’ve spent 3 years off and on reading background for my next historical, THE IT GIRLS, about two sisters, one a fashion designer and one a writer.

For the contemporaries, it depends on whether I know the background (I’m very familiar with Ohio Amish country) or not.  I do tend to pick places I know.  I’m currently write the SOUTH SHORES TRILOGY, set in South Florida, where we wintered for 30 years and the Caribbean where we often visited.

What advice do you have for anyone interesting in writing historical fiction?

You have to really love the era you pick to make it come alive.  Don’t just “paint in” places and people; you have to know them.  Travel to the settings if you can, and make that setting a character in itself.  And, of course, read good historicals to see how writers handle the past.  People are people but the different cultures and times should be honestly represented.  And don’t play havoc with well known figures.  This is an obvious example, but don’t make George Washington a liar.  He started out insecure as a leader so that’s fair game, but don’t go against the core value of your real characters if you use them.

What made you decide to take the first step and publish a book?

I was a high school English teacher for 15 years and an English instructor at Ohio State for 2 years, so I knew literature and writing.  But it was a big step to find the courage to try to get published, get an agent and find a publishing house.  The trigger for me was visiting England, getting a story idea and then going full steam ahead.

Out of the novels you have published, do you have a favorite?

I think that question is like, “Which of your children do you love more?”  I could say the book I’m currently working on or the one which has a heroine I especially related to, like THE ROYAL NANNY, since I was a teacher for years and love young children—and British Royals.  Favorites also tend to be ones which did really well, such as the first time I made the New York Times list or the one which won the Mary Higgins Clark Award.  But it is hard to choose favorites.

Do you prefer writing series, with multiple characters getting their own story, or s stand alone?

Once again, that’s a tough question.  I loved writing the nine books in THE QUEEN ELIZABETH I MYSTERY SERIES, with continuing characters.  I do find writing trilogies fun:  I think of them as mini-series, like on TV.  I think my current trilogy THE SOUTH SHORES romantic suspense novels, will turn into a series because I love the cast of characters and have lots of other ideas for them.

What characteristic do you find critical for your female heroines to have?

They have to basically be good people, average women who rise above the dangerous or desperate things that happen.  I would not do well writing a central character who is an “unreliable narrator” as is popular today—one you can’t trust.  My current heroine has narcolepsy, so she has to battle that, but I don’t think I’d ever write a drug addict or killer heroine.  Just not for me.

I post on my facebook page 3 times a week, not only about writing but observations, contests, personal things, always with a photo.  www.facebook.com/KarenHarperAuthor   I also try to keep my author website current at www.KarenHarperAuthor.com .  I also do a twice-a-year e-newsletter which people can sign up for on the website.  I love to hear from readers.

Thank you Karen for the interview!

Stay tuned tomorrow for an excerpt of The Royal Nanny.