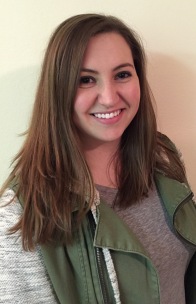 Tricia Levenseller is from a small town in Oregon, but she now lives in Utah with her bossy dog, Rosy. She received her degree in English Language and editing, and she is thrilled that she never has to read another textbook again. When she’s not writing or reading, Tricia enjoys putting together jigsaw puzzles, playing volleyball, and watching her favorite TV shows while eating extra-buttered popcorn.

Now onto the interview… yay!

What was the main inspiration behind Daughter of the Pirate King? The horribly clichéd question, why pirates?, also implies here.

I love the Pirates of the Caribbean movies. Those are what made me love pirates. I was captivated by the costumes, the ships, the sea, the dialogue—everything. When I tried finding something similar to this in book form, I was disappointed to find so few pirate books for young adult audiences. And none of the ones I did find featured female protagonists. I decided I needed to change that.

When creating Alosa, was there anything specific you wanted her to do that didn’t make it into the story?

I wish I had something clever to say, but nothing important regarding Alosa was cut during edits. And I don’t think Alosa would have let me if I tried.

How do you go about balancing the strengths and weaknesses of a character as the story develops? We see Alosa having few weaknesses until the end.

This was something I worried about constantly while writing the story. Alosa is so capable, I worried readers would be bored when she wasn’t in real danger for most of the story. I had to present other challenges for her, such as her battles of wit with Riden. Alosa’s stubbornness became a weakness as a result. I had to show the upsides and downsides of being so strong-willed during this time. Sometimes you end up hanging by the mast from your wrists.

Tell us a little bit about your writing process through all the phases until the book is published.

DOTPK was my NaNoWriMo project during 2013. It was the easiest book I’ve ever written (my 4th completed novel but first to be published). I’d plotted it out ahead of time and found the pages just flying by. Alosa’s dialogue was just so fun to write, I had a hard time stopping. I finished the book early 2014. I had a new agent by late summer 2014. I did some edits with my agent. The book went on submission in November. It sold in July 2015.

Can you tell us anything about the sequel, Daughter of the Siren Queen? I personally cannot wait to see where the storyline takes all the possible ships, pun intended, that you created in Daughter of the Pirate King.

I can tell you that you will get to properly meet Alosa’s nearly all-female pirate crew. And, as the title suggests, you will get to see more sirens and learn more about them!

Real female pirates existed in our world. I tried to create Alosa’s character based on reading about those amazing women. I tried to think of how confident and capable a woman would have had to be during those times to command men and fight alongside them. Something I’m hearing more and more often is “DotPK is a great story, but so unrealistic.” As far as sirens go, perhaps. But real women were pirates. In fact, the most successful pirate who ever lived was a woman. I hope that girls who read my book feel empowered. I hope they know that they can do anything they set their minds to and work hard for.

Thank you Tricia for stopping by!

Did you know Tricia Levenseller is on tour this week!?!

If you’re like me and need more info… head over here for the latest news!

One thought on “Meet Tricia Levenseller”