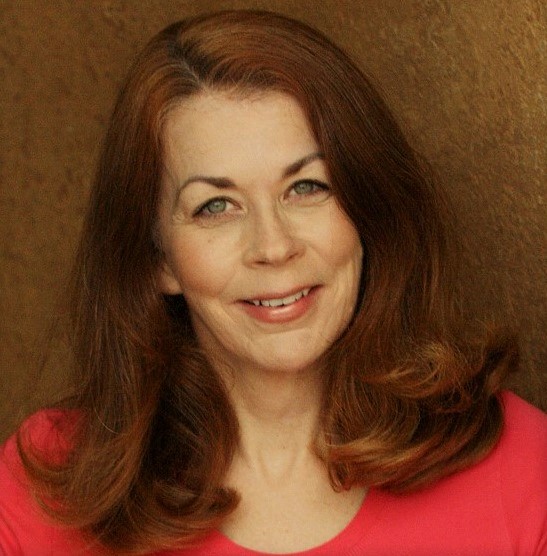 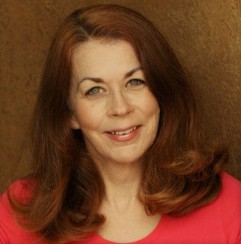 Christina Hoag is a former journalist for the Miami Herald and Associated Press who’s been threatened by a murderer, had her laptop searched by Colombian guerrillas and phone tapped in Venezuela, hidden under a car to evade Guatemalan soldiers, posed as a nun to get inside a Caracas jail, interviewed gang members, bank robbers, thieves and thugs in prisons, shantytowns and slums, not to forget billionaires and presidents, some of whom fall into the previous categories. Kirkus Reviews praised Christina as a “talented writer” with a “well crafted debut” in Skin of Tattoos (Martin Brown Publishing, 2016), a gangland thriller. Her YA thriller Girl on the Brink (Fire and Ice, 2016) was named to Suspense Magazine’s Best of 2016 YA list. She also writes nonfiction, co-authoring Peace in the Hood: Working with Gang Members to End the Violence (Turner Publishing, 2014), a groundbreaking book on violence intervention used in several universities. Christina makes her home in Los Angeles and lives on the web at http://www.christinahoag.com.

Connect with her on:
https://facebook.com/ChristinaHoagAuthor

Meet “NAME” from Girl on the Brink. 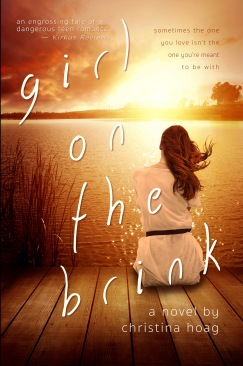 Chloe Quinn is 17 years old and lives in Indian Valley in northern New Jersey, where she is a senior at Indian Valley High School. She plans on attending Boston University in the fall to study journalism. Her dream is to be a foreign correspondent. She works as a reporter at the Indian Valley Weekly News and serves as an editor on her high school yearbook.

Now onto the interview!

Today we interview Chloe Quinn, the main character in Girl on the Brink, a YA novel by Christina Hoag about dating violence. The novel relates Chloe’s intense but ultimately tragic romance with a quirky aspiring actor named Kieran Dubrowski. It was named as one of Suspense Magazine’s top YA books for 2016.

So Chloe, tell us a little about yourself.
Let’s see. I’m 17 and a senior at Indian Valley High School in Indian Valley, New Jersey. I’m on my school newspaper and yearbook. My mom is a sculptor and my dad a concept artist for the entertainment industry. I have a younger brother, Tyler. We generally get along okay.

You’re obviously the “girl on the brink” the title refers to. What’s that all about?
That refers to what happened to me over the summer between my junior and senior years. It was pretty earth-shattering, actually. It started when I was doing an internship at the local weekly paper. I was doing a story about the upcoming Multicultural Fair in town and went to interview the man who runs it, Ed Yamamoto. He owns a local garden center. It was there that I met Kieran. He worked for Ed.

So far so good. What happened?
Kieran basically took one look at me and wanted to go out with me. It was very flattering, although thinking back on it, I didn’t even like him that much at first, but suffice to say, he grew on me, and we had a very intense, whirlwind kind of romance. It was really like something out of the movies. I’d never met anyone like Kieran before. He was nineteen, so a little older, and he wanted to be an actor. He was taking acting classes and working at the garden center. He was really different, like he had all these quirks. He loved peanut butter and pickle sandwiches.

Sounds great.
It was until it wasn’t. He started changing, going into rages in an instant like a Jekyll and Hyde, getting really jealous, not wanting me to see my friends. I didn’t notice it at first, I guess I kind of justified it, then it got worse and I actually got scared. But he would apologize, give me presents, tell me it wouldn’t happen again. He also told me that he had had a really rough childhood and I was convinced that if he got help, he could cure himself and we’d have the perfect relationship.

I’m guessing that didn’t happen.
Despite my best efforts and his promises, it did not. Instead it got worse and worse, and my life spun out of control. I lost my friends. I was lying to everyone. I looked terrible all the time. I finally broke up with him. It was really, really hard because I didn’t want to break up with him, if that makes sense.

Sure. You wanted it to work out but you finally saw it wasn’t going to.
That’s basically it. All the details are in the book. But that wasn’t even the end of it. Kieran wouldn’t leave me alone, and eventually the police got involved.

The police?!
Yeah, he made up a bunch of stuff about me in revenge and went to the cops. It was really scary but luckily for me, I learned all about investigative reporting during my internship and I was able to prove my innocence. It’s kind of a long, involved story.

I’ll bet. I’m dying to read the book to find out the details. Obviously you survived this experience. What’s next for you?
I’m going to Boston University next year to study journalism. My dream is to be a foreign correspondent. By the way, the other thing that happened that summer was my parents split up so that was another trauma in my life.

You’ve certainly been through a lot. Thanks for sharing your story with us.
Thanks for interviewing me. Before I go, I’d like to mention that the ebook of Girl on the Brink is going to be on sale for just 99 cents until April 23. And we have a new short story collection from my publisher called Kick Ass Girls of Fire and Ice YA, which is available as a free ebook on Amazon, Smashwords and Nook. It has a story about one of my best friends, Jade, (I’m in it, too) and a pretty bad situation she found herself in after going to the carnival one night.

Thanks, I’ll definitely pick those up!

Thanks Chloe and Christina Hoag for visiting today!