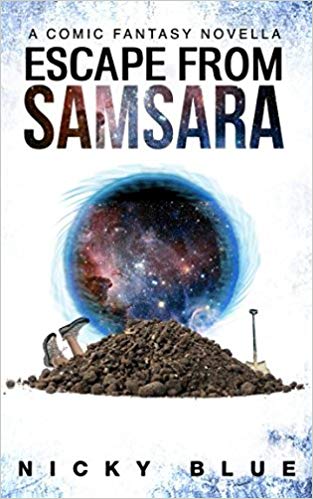 ***Disclaimer: I received this book in an exchange for an honest review. All opinions are my own. 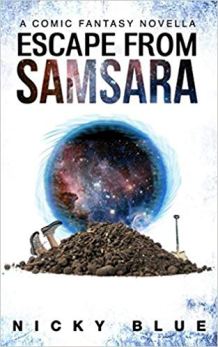 While I found this book an interesting read as an American it was a bit confusing to me with the British English terminology. The main male character seems to be in an older age range which was a new twist I have yet to encounter. There is a mystery to solve and he is the character chosen to handle the task. Both his father and sister have gone missing. He still has his mother which in her own right is quite a character as well. During his mission to find his missing family members he encounters even more odd occurrences then I truly expected the story itself had a lot of interesting twists to this, however I did find it a little more than confusing trying to figure out certain aspects of the story line not only due to being an American English reader but there was a number of grammatical errors.

Reviewing the cover of the book it’s nicely done, however I would have chosen a bit of a different cover image. The free copy I received has no influence on my review itself.  The reason I gave the book a 3.5 star review was due to the above for mentioned issues that I personally took into consideration.

I would still recommend this book to other reader’s cause I did find it comical even though I had my issues it is still a great read for those who like comedy and a bizarre fantasy twist added to the mix! I feel in my personal opinion that the author could have more successful endeavors if he focused on making a series out of it where one aspect could have been the  portion of what was supposed to be today’s society.

Then he could have made a second book out of the time traveling portal and branched that into many series of novellas due to the nature of the portals abilities itself.

The  reason why I suggest that as a change for the author to consider is I do see great potential there, however it was hard for me to enjoy the book itself fully due to what I am calling a ping pong effect. The bouncing between this era, and all the odd story twists makes you have to try to figure out what is even happening while you are in the middle of the story or paragraph even. I would also recommend some more editing being performed on the context of the pages since some of the errors I commonly found were simple misspellings. I hope that this review  doesn’t come across to harsh I just would like to read more from

This author and as I stated if the book or books are reworked a little bit adjustment wise I think it would vastly improve the enjoyability factor for all reader’s. This being said I did enjoy the book itself it had some odd comical aspects and the author for me truly put his own unique touch on how a mystery can be told.