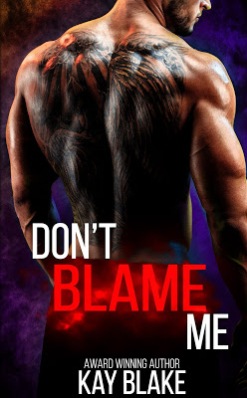 Sometimes love’s a drug. The rush can be so addicting. All that matters is the high. Not the consequences. Not the damage left in its wake.
Adrian Robinson was a college football star, with his future all mapped out. He didn’t expect to fall for feisty Leah Hunter.  Nor did he expect the destruction left in its wake when it all came to an end.
Now, Adrian’s a hotel magnate and one of the most eligible bachelors in the world.
He has it all, except the one woman he has kept in his heart for years. And he’s willing to do anything to get her back.
Leah hasn’t seen Adrian since the day she was forced to pick up the pieces of her broken heart.
When Leah is assigned to write a piece on him for her magazine, remnants of their torrid romance still burn like yesterday.
Will the high be worth it this time? Or is it destined to crash and burn?

Amazon Link:https://www.amazon.com/dp/B07DQHYPH8
Excerpt:
Adrian laughed sitting up. “Well, maybe it’s weird that you haven’t let it go yet, but I have to admit I do admire that kind of dedication.”
I smiled and got off of his arm to playfully push him.
“Here you go teasing me again,” I said sticking out my tongue in a mock manner.
“No teasing. Just stating what I noticed. That is it. I promise. I don’t want a repeat of earlier.”
My stomach at that moment dropped and all the fluttering started again. It was as if there was a family of butterflies were fluttering around in my stomach and I was helpless to stop them. I didn’t know why, but I did like Adrian more that I had cared to admit. It was why he got under my skin so much because even though he was the kind of guy I would normally stay away from.
I played with my fingers trying to think of a good excuse to have him leave. I need him to get out of my space so I could think clearly again. Him and I wouldn’t work. I knew that. I knew that better than he probably did. We were too different from each other and had different goals. It was all I needed to know and for that reason, we wouldn’t work out. I needed him to get out of my personal space, and I could go back to keeping my distance. That was the only way I would be able to do that. If he stayed away I could keep all these confusing feelings at bay.
“Leah?” Adrian said softly interrupting my thoughts and I turned towards him.
“Yes?”
“You are probably the most beautiful girl on this campus. No, you are the most beautiful girl on this campus and you don’t even know it,” he said.
“What do you mean?”
“You’re just you. I like you. The real you underneath that mask you wear.”
And with that his fingers lightly touched my face to tilt it towards his. I could feel my heart thumping hard again against my chest and all of a sudden I felt lightheaded. He was making me feel crazy, but in a good way. He leaned towards me as my heart raced, and his cologne invaded my nostrils. Leaning in his lips lightly touched mine. Almost grazed them, and I sighed. He took that as a go head, and his kiss hardened as he pried my mouth open with his tongue. I felt myself tremble as he pulled me into his arms, and my head started to spin. This wasn’t supposed to feel this way. I was sure of that. I wasn’t supposed to feel dizzy, almost drunk, but at the same time it felt so good. It felt right.

About the Author
Kay is an award winning author who writes sassy, sexy and sweet contemporary and interracial romance. She is from arguably the greatest city in the world. (New York). She is a sarcastic sweetheart who prefers snuggling at home with a good book. Kay is a mom of 3 cubs and a wife. Kay indulges in strawberry cheesecake, horror movies, Harry Potter, The Walking Dead, wrestling and of course a happily ever after. She is also the creator of Bookish Brown Girls, a platform dedicated to promoting books written by women of color.
Author Links:
Website: http://www.authorkayblake.wordpress.com
Facebook:  http://www.facebook.com/authorkayblake
Twitter: http://www.twitter.com/authorkayblake
Instagram: http://www.instagram.com/authorkayblake
Amazon: http://www.amazon.com/-/e/B00K5WCK38
Goodreads: https://www.goodreads.com/author/show/8187418.Kay_Blake
Newsletter Signup: http://eepurl.com/cY7XxL

I’m so excited to be able to share with you today (via my blog) a Guest Post entitled “From Villain to Protagonist: The Evolution of Eda” for one of my most anticipated ‘20 reads! . . “Beyond the Shadowed Earth is a story of redemption. It’s a story of betrayal and heartache, of friendships and faith, of stories and hope, when things seem darkest.” . . . Instagram Exclusive Giveaway: ✨ 1 finished copy of BEYOND THE SHADOWED EARTH by Joanna Ruth Meyer (US/CAN Only). . . The giveaway will start on JANUARY 8TH 2019 and will finish on JANUARY 22nd 2019 (00:00 GMT+1). ​ . There will be only 1 copy being given away between all the participating accounts on this tour. . FFBC will be publishing on their Instagram - keep an eye out! . . Entries for the giveaway: ▪︎Follow @theffbc & @whatmakespatri ▪︎Follow the author @gamwyn ▪︎Follow the publishing house @pagestreetya & @pagestreetpublishing ▪︎Follow me ▪︎Any Comment You Want - Let them know to make it clear if they are participating or not and to tag us on their comments! (@theffbc) . . Extra entries: ▪︎Tag a friend (each friend will be an extra entry). ▪︎Share on your stories about the giveaway (remember to tag me @whatmakespatri and @theffbc) ▪︎Follow @michellesulk & @artsyreadergirl ▪︎Follow any other FFBC team member participating in the tour and let us know in the comment section who did you follow. Check everyone's Instagram handles below: @novelknight @TheReadingCornerforAll @onemused @hollymbryan @moonlight_rendezvous @allisawhitebooks @leah_tee @mooncoffeebooks . . . Want more? 🔥Check out the tour happening now! For the blog and Bookstagram schedule visit here: https://fantasticflyingbookclub.blogspot.com/2019/11/tour-schedule-beyond-shadowed-earth.html . . . . #beyondtheshadowedearth #pagestreetkids #pagestreetya #fantasy #fiction #amreading #YA #reading #bookworm #bookaboutbooks #bookstagramtourstop #ffbctourhost #bibliophile #bookstagramer #bookology #bookblogger #reader #books #bookworm #bookish #bookishfeatures #bookishlooksblog #readersofinstagram #bookstagram #bookishlooks
Spending some time outside to clear my head today. I have so many hopes for this year (and onward) but the fear is pressing down hard enough that my breath is catching and the imposter is whispering louder than I anticipated. . . I will not break. . . #newadventures #newyear #selfcare #dreamer #explorer #takeadeepbreath #selflove #searchingforconfidence #growthmindset #babysteps #mentalhealthawareness #impostersyndrome #staystrong
‪Happy New Year! 🥳‬ . . ‪Live today is... a new website for #ANewLookonBooks *cheers*‬ ‪ ✔️ new logo‬ ‪✔️ new header‬ ✔️ new design ✔️ new email address ‪✔️ updated pages‬ ‪✔️ updated services - with a new package coming soon‬ . . . And more!‬ ‪Stay tuned: This is going to be one bookish year. 🤓‬ . . Shout out to @nicole.deal.art for the gorgeous logo and header image! She is fantastic to work with. ❤️ . . ‪ . #writingcommmunity #bookeditor #freelancer ‬#femaleentrepreneur #books #editorofinstagram #businesswoman #businessowner #editor #bookeditingservices #editing #bookeditorslife #reader #writer #writingcommunityofinstagram #rebranding #booksarelife #bookish
A few days ago I binge read #GirlWashYourFace by @msrachelhollis and was blown away by how much it made me realize and think about. Now I’m armed with a new planner, big dreams, and renewed hope: Oh and of course #GirlStopApologizing to begin the new year. . . Goodbye 2019, it’s been real. 🤪 . . #endofadecade #newyearseve #newyears2019 #newyearresolutions #newyeargoals #femalepower #dreamer #staystrong #selflove #selfcare #dontgiveuponyourdreams #dontgiveuponyourself