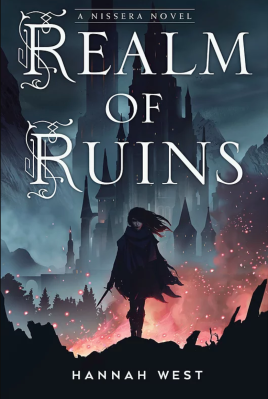 Realm of Ruins (The Nissera Chronicles #2)

Synopsis:
Valory’s power is different . . . it’s dangerous, unruly, and destructive. But can she channel it to crush a cunning enemy and save the realm from chaos?
Welcome to Nissera, land of three kingdoms and home to spectacular magic.
A century after her legendary ancestors overcame a bloodthirsty tyrant, seventeen-year-old Valory Braiosa attends a training academy for elicromancers, immortal beings with magical gifts. Yet Valory’s immense power seems impossible to tame, and she faces imprisonment by the Nisseran authorities. Then a forbidden resurrection spell awakens a long-dormant evil, and Valory may be the only one who can vanquish this terrifying villain. Together with a band of allies—including an old friend; a haughty princess; and a mysterious, handsome stranger—Valory must learn to harness her power and fight back.
Weaving together her imaginative world of gritty fairytale magic with snippets from Beauty and the Beast and other classic stories, Hannah West’s dark and dangerous adventure is a gripping, immersive companion to her acclaimed debut, Kingdom of Ash and Briars. This richly packaged edition includes an illustrated family tree, detailed map, and embossed jacket with shimmering metallic effects.

***Disclaimer: I received an ARC of this book in exchange for an honest, free review for this tour. Opinions are my own.***

“What you did matters more than what you might have done.” – Hannah West, Realm of Ruins

While this book is a follow up, a century later, to Kingdom of Ash and Briars it is not necessary to read to understand Realm of Ruins.

When magical lineage doesn’t guarantee you have magic… the disappointment and the necessity of survival becomes that much greater. Valory knows all too well about the disappointment of being surrounded, at a prestigious academy no less, and not having any powers to show for it. She’s studied, she’s practiced, she’s pleaded – nothing. Feeling like an outcast, Valory struggles to come to terms of being non-magical while her cousins grow in the magical ranks. Then one night her world changes, one cousin dead while another’s true colors show. Suspicion and outcry follow as she is facing a trial for breaking a magical law. Who is lying? Who is behind the growing attacks? Who is the “Lord of Elicromancers?” Who has Valory Braoisa become?

I adored the added elements of my beloved favorites of “Beauty and the Beast” and “The Little Mermaid.” They were spot on and so tantalizing! I was swept away by imagery, almost able to picture the wilderness, and intrigue of the growing tension. Yet the characters themselves, and the plot reveals, fell a little flat. My hype didn’t meet the expectations I had set upon the novel’s conclusion.

My main issue resides within the characters; for though there is growth – I didn’t connect with Valory or any of the lead characters. I understood Valory, saw her steps to becoming stronger, and yet feel that when her moments to shine came – she didn’t do anything. She was constantly plagued by fear, and guilt, and overall weakness – all realistic and explainable – but I didn’t quite believe she was ready for her BIG moment and when the transition happened at the end, I was left stumped on how it all connected. As for the others, like Mercer, Kadri, and Glisette, again the issue of their conclusions lacked the luster I had hoped for. I will say secondary characters, such as Tilmorn, Jovie, and Ambrosine, kept my interest and had a dimension I felt strengthened the novel as a whole.

Overall, I’m rating Realm of Ruins 3/5. I felt like there was a ton of potential but just couldn’t connect with my expectations once the novel concluded. It is an enjoyable read though – give it a try! 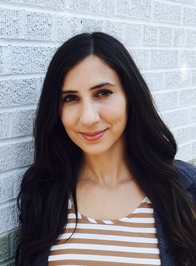 Hannah West is the author of Kingdom of Ash and Briars and its companion, Realm of Ruins. She’s always loved writing about magic and fairytales, but her time studying abroad in Orléans, France inspired her to finally write and publish a fantasy novel. She’s a freelance writer and vegetarian living in Texas with her husband and their rambunctious blue heeler.

Tour Schedule
Can be found here.