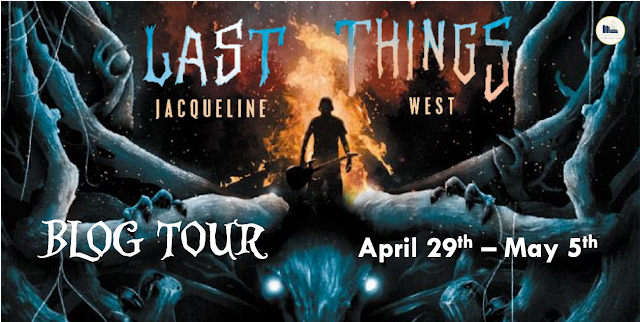 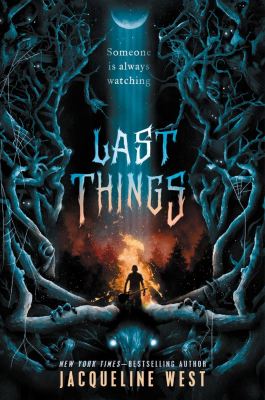 Synopsis:
When strange things start happening to local music idol Anders Thorson, everyone blames his number-one-fan, Thea. But is she out to hurt him? Or protect him?
High school senior Anders Thorson is unusually gifted. His band, Last Things, is legendary in their northern Minnesota hometown. With guitar skills that would amaze even if he weren’t only eighteen, Anders is the focus of head-turning admiration. And Thea Malcom, a newcomer to the insular town, is one of his admirers. Thea seems to turn up everywhere Anders goes: gigs at the local coffeehouse, guitar lessons, even in the woods near Anders’s home. When strange things start happening to Anders—including the disappearance of his beloved cat, then his sort-of girlfriend, and, somehow, his musical talent—blame immediately falls on Thea. But is she trying to hurt him? Or save him? Can he trust a girl who doesn’t seem to know the difference between dreams and reality? And how much are they both willing to compromise to get what they want?
Buy Links:

The Story Behind the Cover – LAST THINGS

I am so in love with the cover of LAST THINGS.

It was designed by UK-based artist Leo Nickolls (http://www.leonickolls.co.uk/), who has done many incredible book covers—Heidi Heilig’s FOR A MUSE OF FIRE, Blue Balliet’s OUT OF THE WILD NIGHT, etc.—and overseen by Greenwillow’s amazing in-house designer, Paul Zakris.

Leo actually created six different potential covers, all of them dark and eerie and full of twisty branches and reaching shadows. There were a couple of other options that I loved just as much as this one, but that didn’t have a central human figure to really draw the eye—and in the end, the figure and the lush colors and the layout of this gorgeous thing won out.

I love how many details are hidden here, and the way one element after another can snag your attention: the boy with the guitar on his back, the bony fingers and gleaming eyes hidden in the tree limbs, the outline of the electric guitar created by the woods and the falling beams of moonlight… It’s got layers of creepy little secrets, just like the book itself.

Leo also created several different typefaces for the title, each one cooler than the last. There was an angular, modern, Iron Maiden-ish font; there was the kind of jagged black metal font where everything looks like antlers or strands of lightning. (He’s clearly a bit of a metal nerd himself!) We ended up going with this typeface, which looks like broken bones or branches, and which reads metal and horror at the same time, and which is—excuse the stupid music pun—pitch-perfect for the story inside.

Jacqueline West is the author of the NYT-bestselling middle grade series The Books of Elsewhere, the YA novel Dreamers Often Lie, and the new middle grade fantasy The Collectors.
She is also the author of two poetry collections, Cherma and Candle and Pins: Poems on Superstitions, and her poetry and short fiction appear in a variety of publications.
She lives in Red Wing, Minnesota, with her family.
Social Media Links: